We recently spoke with Trentan from Tag Construction about using Homepacks and one of his concept plan builds...

Eighteen years, three guys on the tools - could do with another two!

What sort of builds do you generally do?

Why did you guys choose Homepacks for your business?

I was looking online at plans for my house and thought "that's quite easy for me to buy at that price because it's going to cost me more than that for me to get someone to draw something up from scratch as concepts" - its an easy start point for someone!

They're very much the style we like to do. You have to differentiate yourself from a housing company, that's why I like them, they're very much the style we like building. The designs are that different style of house as opposed to housing companies, plain jane, you know- (soffits down to the top of your windows and standard ceiling heights). We try and do big, high windows at 2.2-2.4m and then some high ceilings as opposed to having your standard cheap stuff that your housing companies do.

What reservations did you have about purchasing Homepacks in the beginning?

I didn't really have reservations, my brother's a draughtsman, and he always designed our houses. It was really an easy starting point for him. For my brother to draw up those plans, it would've cost us a lot more time and money.

What other benefits have you found from using our concept plans?

Just easy! You just have to show someone a plan and work from there really. I've got a big clear file fill of them! I give them to potential clients and tell them to take it away, have a look then come back to us with their changes. People draw on the plans, how they want it changed; it's really an easy start point!

There was a carport on the right-side originally, and we put a garage down the back. Other than that, pretty much as-is really.

Start generating your own builds with one of our packages here: 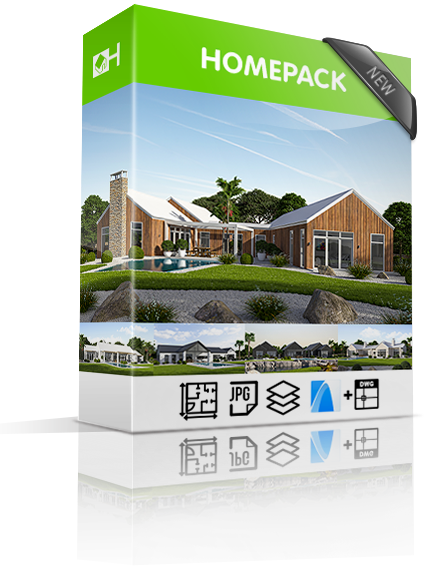 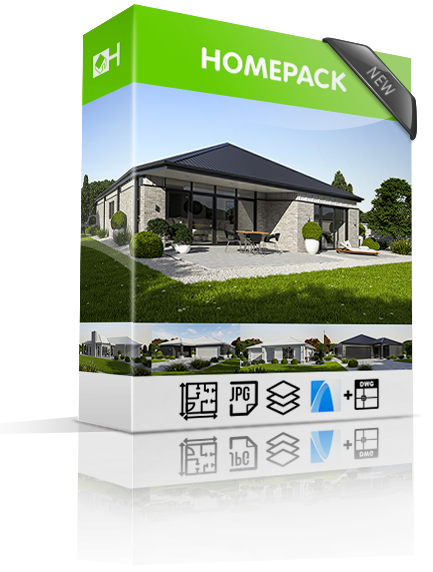 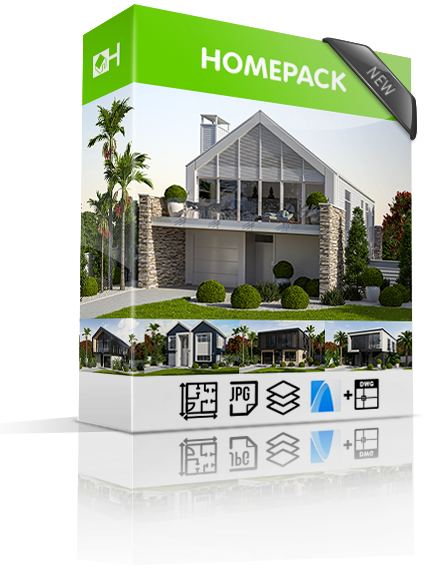